Why Did Dominion Assign 18 Patents to Hongkong and Shanghai Banking Corp (HSBC) in Sept 2019? 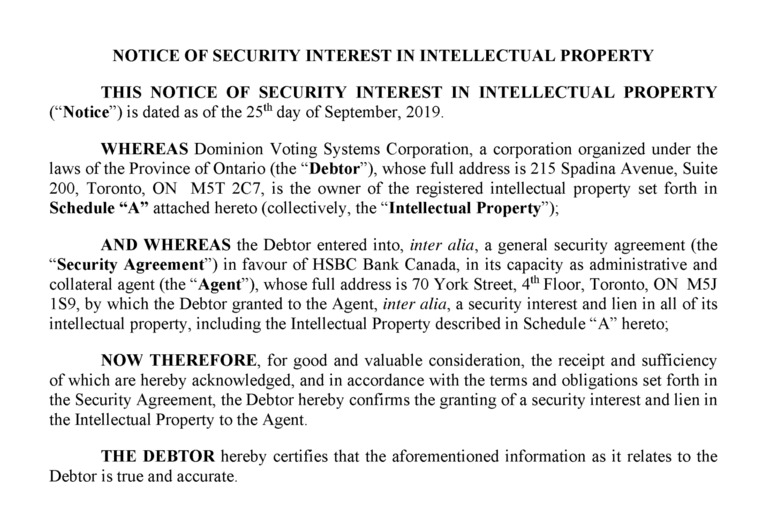 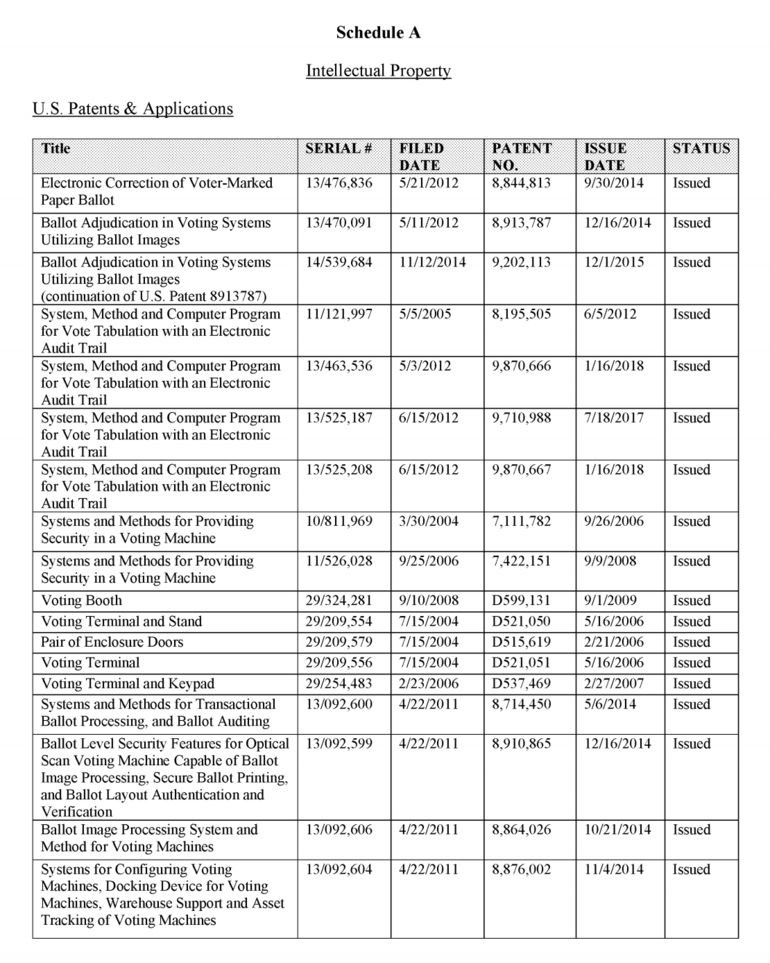 The HSBC Canada Bank, the 7th largest bank in Canada, is a subsidiary of HSBC, a multinational investment bank and financial services holding company that is also the 6th largest bank in the world with total assets of US$2.715 trillion as of August 2020.

This could be nothing more than a collateral loan for Dominion from HSBC, but the timing does seem somewhat suspicious considering current events and warrants further investigation and monitoring of developments.

A collateral agent, also known as security agent or security trustee, is used for several reasons according to TMF Group, a leading provider of critical compliance and administrative services for over 60% of the Fortune Global 500 and FTSE 100 and almost half the world's top 300 private equity firms:

When lenders take collateral as security for their loans, a collateral/ security agent is often appointed to enforce rights against the collateral in the event of the borrower’s default under the loan or bond documents.They can also hold the collateral during the term of the loan. There are several reasons the appointment of a collateral agent may be desirable. There may be a syndicate of lenders for the loans, so it may make sense to centralize the collateral-related duties by delegating them to one agent which will act at the direction of the requisite number of lenders (as specified in the transaction documents). It is also possible that collateral may be located in a jurisdiction where the lenders or trustee does not have a presence. Creditor’s rights in pledged security/collateral are typically determined by local laws, so it may be prudent to hire a local agent familiar with the local jurisdiction. It is also possible that the lender is not suited to hold collateral and so an agent with appropriate capabilities needs to be retained.

According to public records from the US Patent and Trademark Office, Dominion Voting Systems assigned security interests for 18 of its patents to "HSBC Bank Canada, as a collateral agent" in September of 2019.  The Patent Assignment Cover Sheet details more information about the transfer of security interest in intellectual property.

More importantly, what happens if Dominion goes bankrupt or defaults? Does HSBC assume control of all voting IP?